We were recently invited to the openings of two new schools in Liverpool – Newpark Primary and Northway Primary both of which have had a 4D immersive space designed into the new builds. Lauren from our team went to have a look around the new schools and to speak with some of the teachers who have been using immersive approaches to learning in really creative ways.

After the wonderful assembly put on by New Park School to celebrate the opening, I was lucky enough to see the 4D room in action as there was a lesson taking place whilst I was there. Year 6 were continuing their learning from the day before about WW1, using the immersive space to brainstorm their ideas of how soldiers may have felt during the war whilst being surrounded by images of soldiers in the trenches and war time propaganda. Some great vocabulary was being verbalised and written down by all the class.  Some of the children shared their ideas with me… 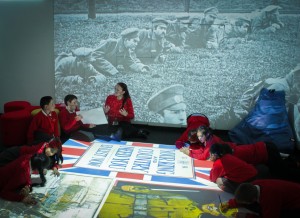 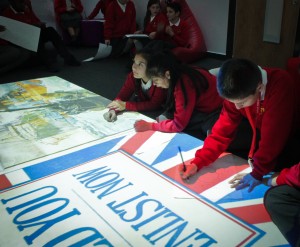 What’s great about lessons in a 4D space, where there are no tables and chairs, no boundaries to learning – collaborative work feels more accessible and pupils who may not ordinarily express their thoughts and ideas, start to uncover them and share with others more openly.  Teachers often tell us that there is a marked improvement in written work and recall of information back in the classroom after being fully immersed in a topic inside a 4D space.

I got talking to the teacher  Ian Willis, who said that he had already loved using the space for a number of activities and topics since its installation.  I discussed possible ways of extending the lessons by bringing objects and materials into the class; suggesting the use of material to project the ocean scenes onto while pupils lay beneath, giving the effect of being underwater.  Or that right then and there, he could even take the projections off and plunge the class into darkness to simply be immersed in the sounds of gun fire and bombs.

He loved the idea, so for the final 5 minutes of the lesson, this is what he did, asking Year 6 to just imagine how it might feel to be in the trenches and not being able to see in front of you. When the lights came back on the looks on these 9 and 10 year olds just showed how effective this was.  Lessons like this become memorable due to them involving all of the senses, immersing the class to create tangible feelings and empathic responses but within the safety of the school environment.

After the lesson I got chatting to a few of the other teachers: 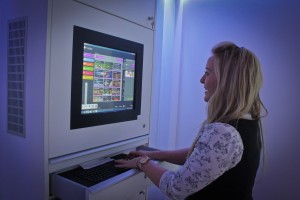 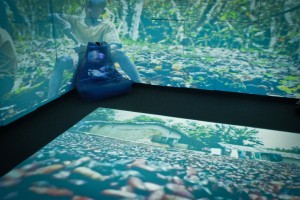 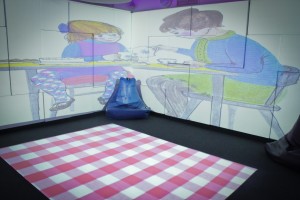 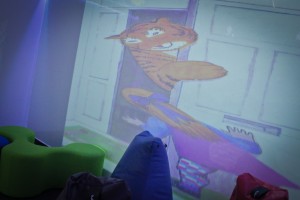 As you can see, New Park are really using their space to great effect by adding their own content and creating their own lessons based on children’s literature – ‘The Gruffalo’, the ‘Tiger Who Came to Tea’ and ‘Charlie and the Chocolate Factory’.  The 4D software really comes into its own when you begin to add your own content so you can really customise your experiences and take ownership of your topics.

Year 2 teacher, Emma, told me about using ‘Charlie and the Chocolate Factory’ as a starting point for discussing a variety of topics:

On entering the school I was greeted by pupils throughout the corridor – ‘Welcome to Northway’, ‘Welcome to our new school’, ‘Thank you for coming!’ leading all the way to the school hall which was filled with parents, governors, former pupils, the Mayor, the building firm Morgan Sindall and many other people who had helped create the new school and the community around it.

A timelapse of the new build was shown at the front while we listened to the piano being played beautifully by a Year 6 pupil. Soon after the rest of Year 6 joined to sing a song about the school and the Head expressed his thanks for everyone who was there.   To everyone’s surprise, the whole school then ‘flash mobbed’ us with their rendition of ‘If I had a hammer!’

Head teacher, Mr Anderson, spoke about how he felt that the community around Northway had been really supportive and summed it up with expressing that the whole process had been. ‘Flexible, Fun and Fantastic!’ also noting how they’d worked closely with New Park Primary to share and develop the ideas for each school, which having been to both was really evident.  It was a joy to see how a larger community was being formed by the two individual schools connecting together and sharing the process with not only school staff and parents – but the wider area too. 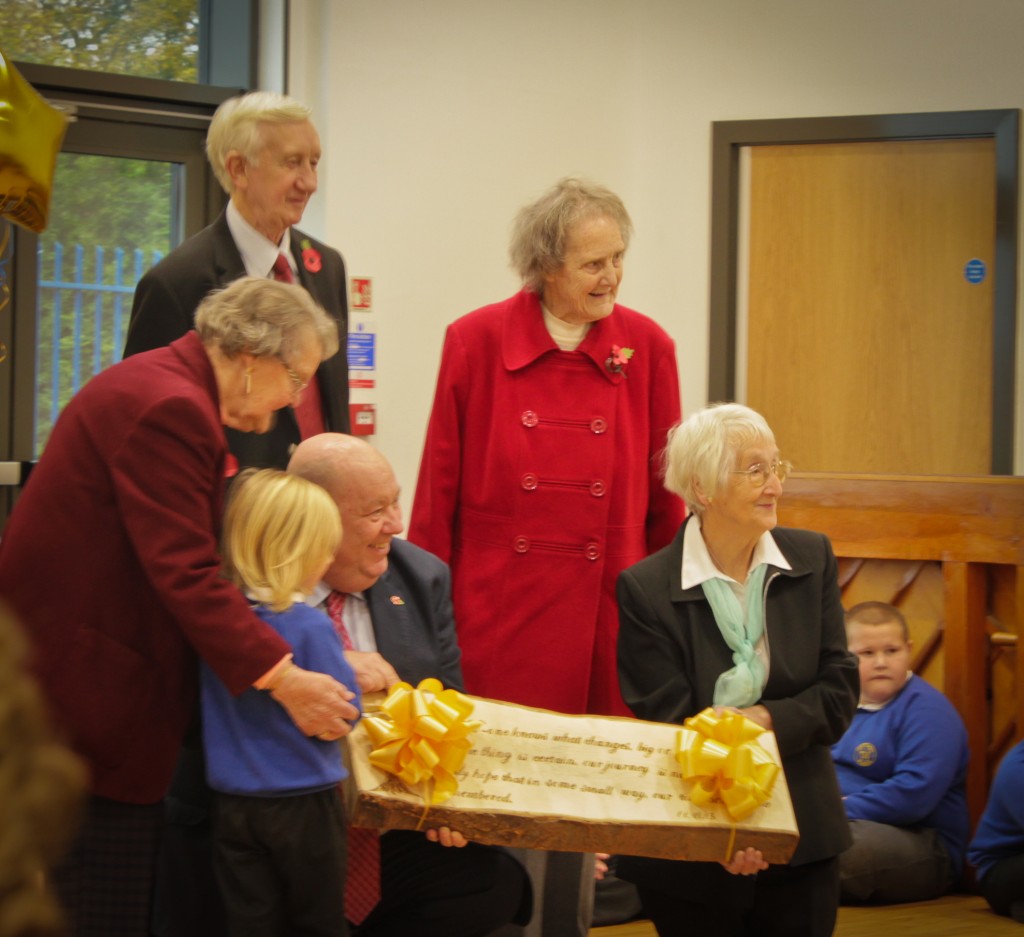 A wooden plaque was presented by the youngest pupil, James, (4 and 8 months) and the oldest former pupil, Dorothy (82) and her family, to officially open the school.

We were then invited outside to watch the placement of a time capsule containing letters and items from the school to be opened in 2025!

I was given a tour of the whole school by one of the Year 3 teachers, got to see their 4D space and chat to a few of the teachers…

Hannah from Year 3 told me all about how she’s used the room to set up a market: bringing in items, money, weighing scales and setting up tills to immerse the pupils in a bespoke maths lesson. 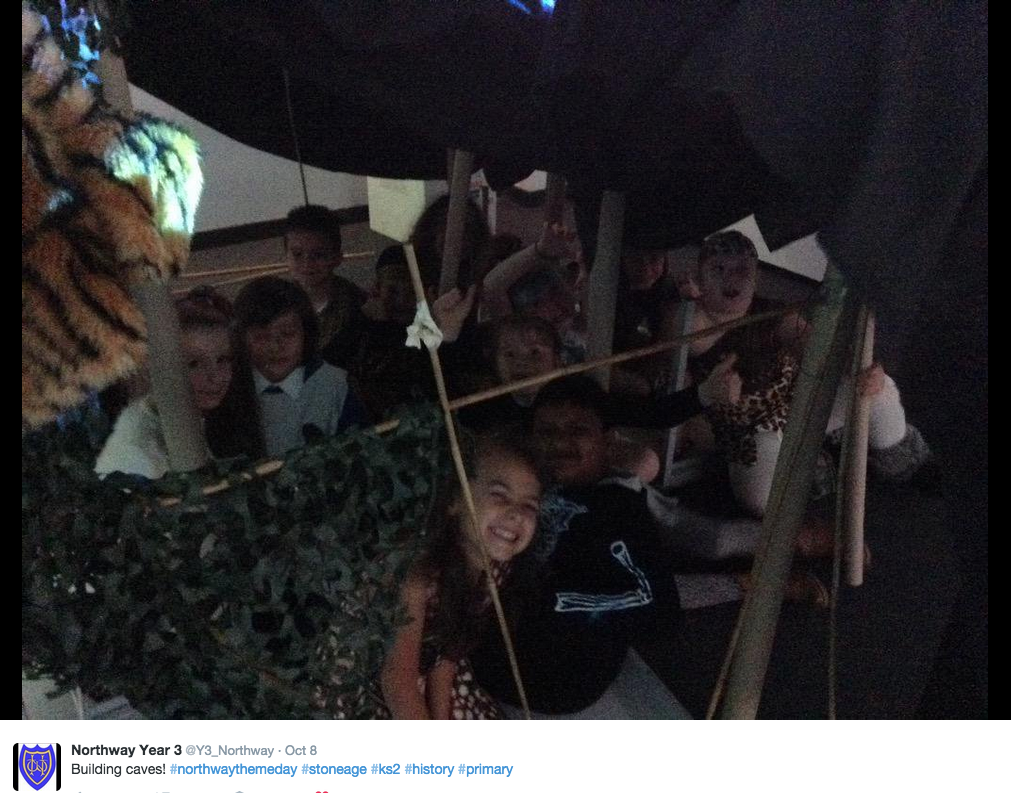 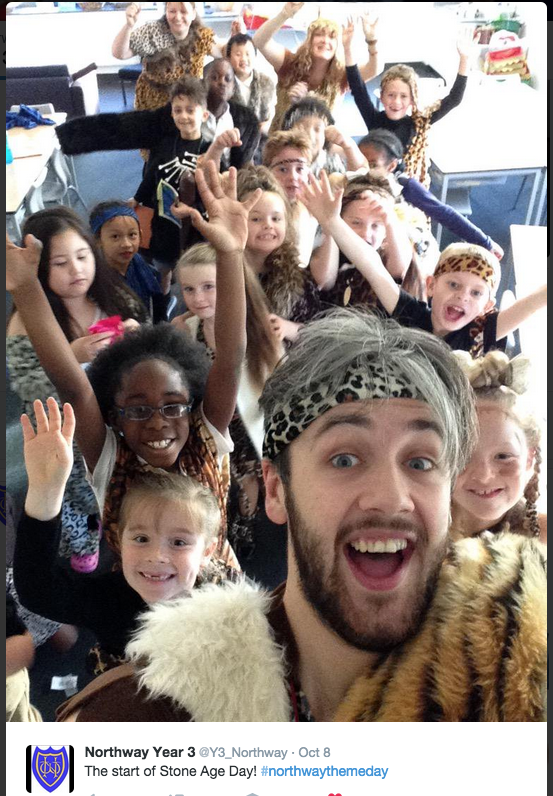 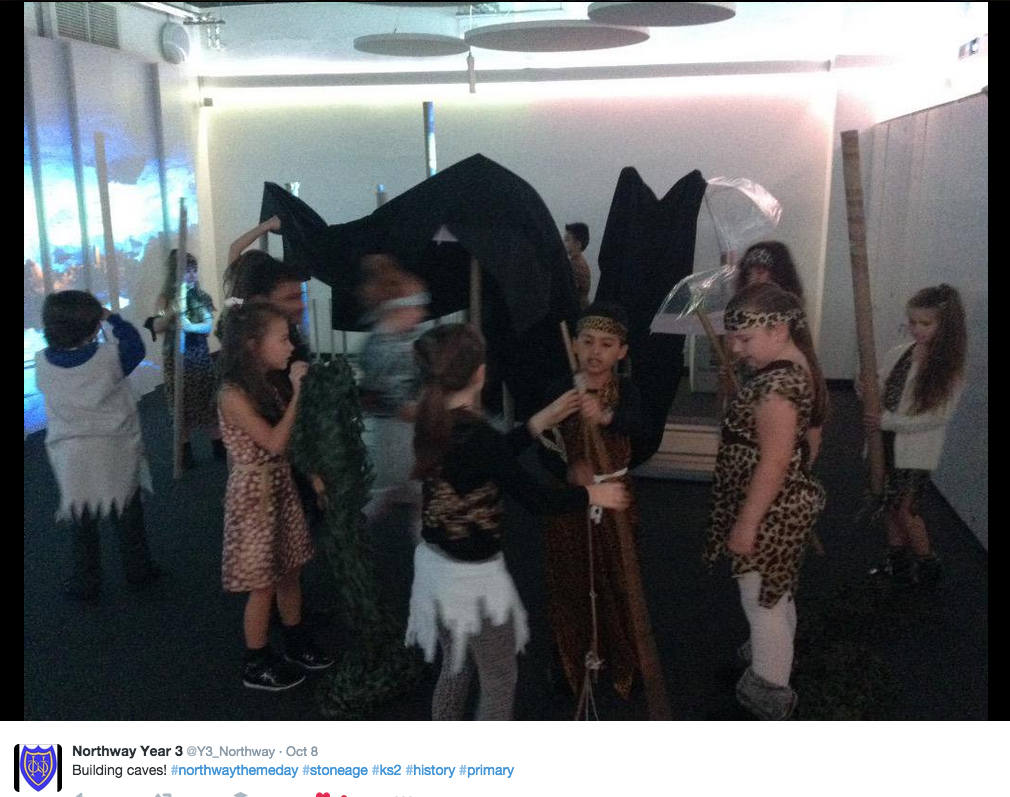 Year 3 had also used 4D Cave to explore the stone age.  The whole class had got dressed up as stone age people, lined up outside the room before heading in to draw cave paintings using paper on the floor.

Year 1 had actually created full sized trees to add to the space to create a 3D forest within the  4D Forest theme and by the looks of things have also recently travelling to Africa for their new topic! 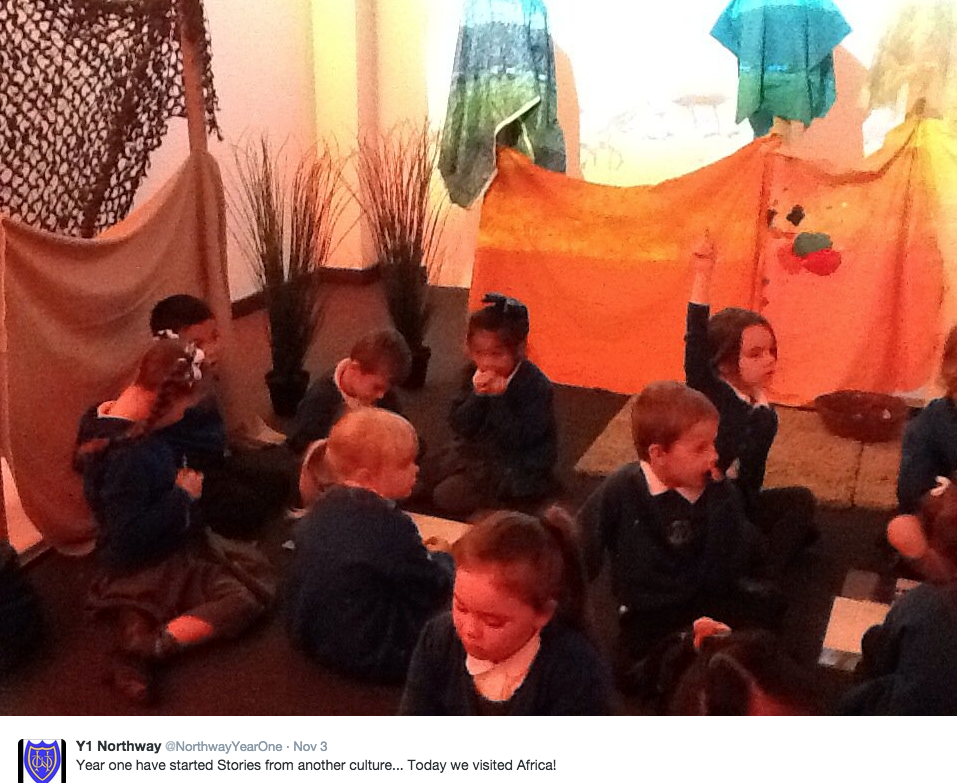 Thank you to everyone from New Park and Northway Primary Schools for inviting us to their open days, we had a blast!

It’s been great to see New Park and Northway putting the tools of projection, light and sound to create really beautiful and creative lessons to engage their pupils in immersive learning journeys.  Through using their spaces frequently the learning experiences created go beyond the four walls of a normal classroom allowing the pupils to be transported back in time or to another place in the world creating memorable lessons for future reference.

If you’d like your immersive space to be featured don’t forget you can use the hashtag #4Dexchange to share your own lesson ideas on our twitter or facebook and you can email Lauren at lauren@4Dimmersive.com to tell her all about your space!  We’d love to celebrate your immersive experiences with